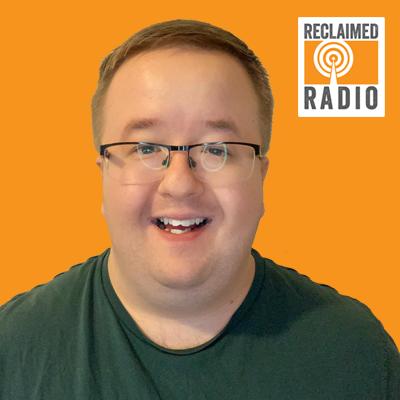 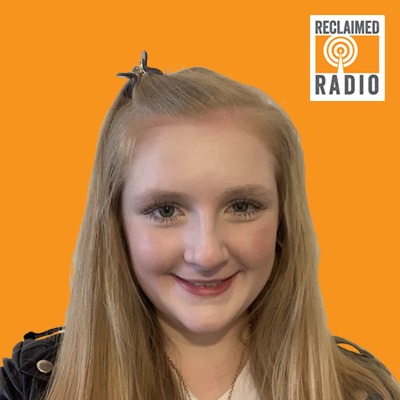 Laura BethRadio Presenter
Hi, I’m Laura Beth and I’ve been working in the radio industry for around 6 years for various stations and in various capacities. I am a huge music fan and can be found at a gig when I’m not on the radio. I especially love the emerging music scene and that’s what I’ll be sharing with you on my shows from 3pm-4pm. My other loves include Doc Martens, food, animals and football so expect chat about all that and more. 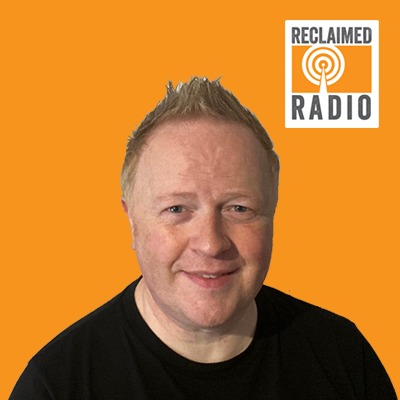 Mark CravenRadio Presenter
Mark presents his eclectic musical tastes across a range of shows, as well as being the resident Quiz Master on a Friday evening! 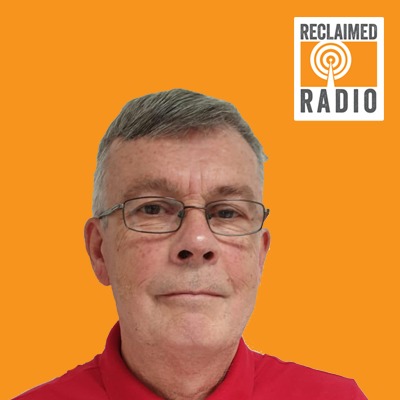 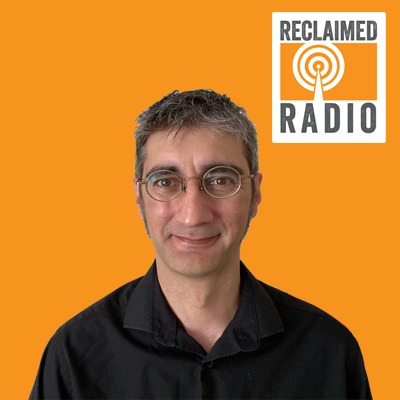 Kyle RickardsRadio Producer, Presenter & Station Owner/Manager.
Hi, I produce and present Welcome to the Weekend and various other shows for Reclaimed Radio. My show runs 7-9 pm on Friday evenings. 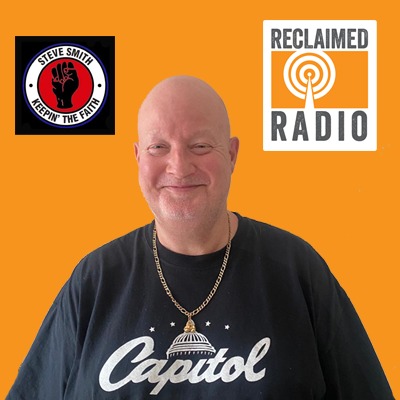 Steve SmithRadio Presenter
A blend of modern and Northern Soul with a touch of Motown and a sprinkle of Jazz. Each week Steve features a specific album and usually tributes to people who have passed or have birthdays coming up. Old classics are revisited in the hope they will get re-released due to popular demand. He also revisits old classics that may have been overlooked first time around, covering soul from the sixties to the noughties. 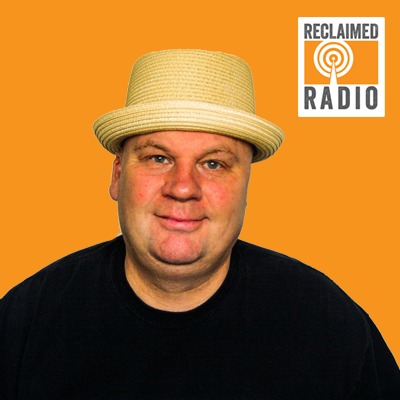 AppoRadio Presenter
Appo was born into a musical family and as such was always going to live out his life in music, playing many musical instruments his passion is within soulful music and electronica.

His working career started in the mid 80’s and was a driving force of the early Electro, hip hop , acid and house music movements in the North East of England. With this he held residencies in clubs such as Blaises, Havana, Henry’s, Faulkners, The Mall, and the now infamous super-club “Sugar Shack”.

He was crowned North East DMC mixing champing back in the early 90’s with his monumental live remixes of David Bowie and Marvin Gaye. 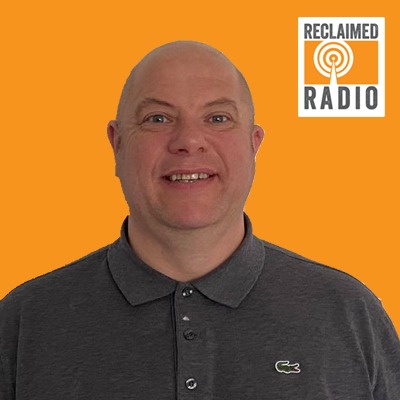 Gareth HealyRadio Presenter
Gareth has been DJing since he was 15 in 1989 thanks to a hungover party DJ not turning up in a pub in Middlesbrough. The night went well, although it was wise to not give him a mic that night as his voice was still breaking! ​​

Early 90s he secured a Thursday to Sunday residency in Newcastle playing house and soul seeing him in the thick of an era that was musically ground breaking. Mid 90s saw him back on Teesside with some special bar residencies warming up for crowds that came to the area from all over the country to visit some of the legendary clubs in Boro.

Early 2000s he was offered the crazy opportunity to work 6 nights a week for Chicago Rock Cafe playing party hits and working with a range of artists in capacity venues. Some unbelievable times across the North East as well as a few years on Sun FM and some great presenter roles for some massive events.

From 2008 Gareth was the resident DJ at The Star on Southfield Road Middlesbrough taking the venue through a classic Soul and Funk era and then establishing the venue for house and dance classics on Friday and Saturday nights as well as Bank Holidays.

It’s safe to say Gareth has been there, done that and thrown the t shirt into the crowd! 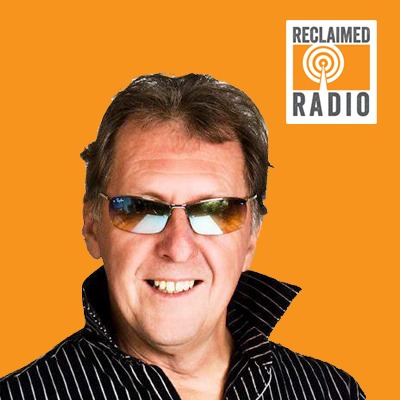 Norman JayRadio Producer, Presenter
At the age of 11, he recorded the top 20 religiously every Sunday from the BBC, at 15 he had started his first band, performing continuously until he retired to Spain in 2008 and built a house on a mountain. Singer, songwriter and author, he was the first English radio presenter in Catalonia -Radio Mora, La Cala radio, then moved on to produce radio for the federation of radio in Catalonia. Born in Salford, Manchester, he has retained his connection by doing a weekly radio program from Spain on Salford City Radio. After writing his autobiography “My Life My Music” he has just finished another major building project in Spain at the age of 70 and is returning to his passion, Music. 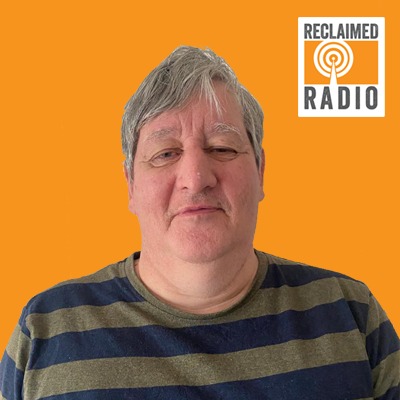 Ged RoseRadio Presenter
Hi, I’m Ged Rose, 60 years old (although I feel more like 59 in my head!) I love 60s, 70s and 80s music and I hope you enjoy my choices of songs. I’ve had a lot of experience in radio, being at BBC Radio Manchester for 30 years and 7 years at Lite AM so I hope we will have a lot of fun on my shows! 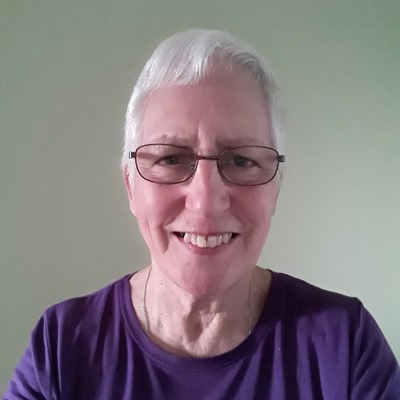 Pauline MartindaleRadio Presenter
I started in Hospital Radio way back in the early 70’s at Luton and Dunstable Hospital. At that time we linked up with 5 hospitals, the Lister in Stevenage, Red House in Harpenden, St. Albans City ad the QE2 in Welwyn Garden City.

When I moved to London I became a regular presenter with Whipps X Hospital Radio, and although currently not a regular broadcaster, I am still a member.

I am not a specialist in any area of music, my regular programme when in Luton was “Mid Week Mix Up” which probably gives you an idea of the type of music I play, from Beethoven to The Beatles, and anything in between, all fairly easy on the ear.

My programme title, All Kinds of Everything reflects my wide taste in music.

Dave EdwardsRadio Producer, Presenter,
Having grown up in the Sixties, and having experienced the Seventies, he has a genuine love for the popular music of those two decades.
His special love of the 70’s is reflected in his show called ‘That Seventies Sound’ which he produces and presents each and every week. The show is not only heard on Classic Hits Uk, but on other quality radio station’s around the globe.

Suzy KeithRadio Producer, Presenter.
Suzy produces four internationally syndicated shows and we’re glad to have her on board at Reclaimed Radio. Suzy specialises in Country, Blues and the cream of new international independent artists from around the World. 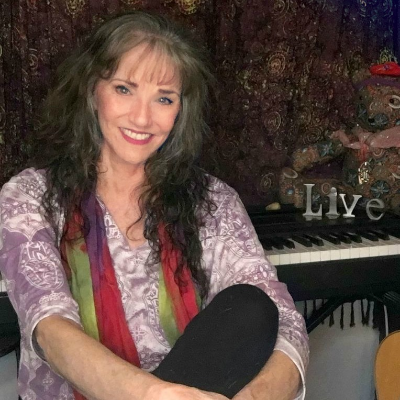 Beth WilliamsRadio Presenter
Williams is an ACADEMY OF COUNTRY MUSIC Top 10 NOMINEE for Best New Female Vocalist of the Year whose songs have charted in Billboard, Cash Box and various European charts through the years. She owns Hill Country Recording Studio on the western slope of Colorado in the USA and is a session singer for studios in Nashville, Texas and Colorado. Clients from around the world contact Beth to sing and demo their songs.

Peter MarshamRadio Presenter
Make sure you tune in for Peter to catch his Northern Soul Show playing classic, rare and special versions of those marvellous songs for fans old and new. His ‘Beatles Box’ show celebrates the Fab Four by reliving the classics from one of the UK’s most successful bands. And if you enjoy 70s and 80s disco music then catch The Groove Line with Peter too.

We use cookies to ensure that we give you the best experience on our website. If you continue to use this site we will assume that you are happy with it.OkNoRead more
Go to Top